The Arne Jensen Lifetime Award has been created in memory of Arne Jensen, Founder of the International Teletraffic Congress (ITC) and Chair of the International Advisory Council (IAC) from its inception in 1955 until 1991. The Award is presented at ITCs to an individual who has provided exceptional contribution to traffic modeling, control and performance, and dedication to the teletraffic community.

The International Advisory Council (IAC) of the International Teletraffic Congress (ITC) is pleased to announce that the recipient of the 2019 Arne Jensen Lifetime Award is Prof. Dr. Ulf Körner. Besides having provided several contributions to the fields of traffic engineering and performance evaluation with applications to network architectures and protocols, wireless and ad hoc systems, Ulf Körner has been of a source of inspiration for ITC community by organizing, coordinating and participating to ITC events.

Ulf Körner received his Dr. degree and docent degree (habilitatia) in Communications Systemsboth from Lund University, Sweden, in 1982 and 1985, respectively. The title of his thesis was “Congestion Control in Packet Switching Computer Communication Networks”. He is currently a Professor and holds the chair of Communications Systems at Lund Institute of Technology/Lund University. He has spent three sabbaticals at North Carolina State University, Raleigh, NC, USA in 1986, 1987 and 1992 respectively. From 1995 to 1998 he was the Dean of Electrical Engineering and Computer Engineering at Lund University. His areas of research interests are communication network architectures and protocols, performance modelling and evaluation. During the last five year his research has been focused on wireless systems, especially on Ad Hoc networking , on WLAN technologies and on “Beyond 3G technologies”. Dr. Körner is the author of several books, serves in several journal editor boards and has a publication list of about 100 papers published in journals and at conferences with peer reviews.

Prof. Körner is a member of IEEE and of ACM. He has been appointed member of IFIP, TC6 Working Groups 6.3 and of the International Advisory Council (IAC) of the International Teletraffic Congress (ITC). He is a member of the Royal Physiographic Society in Lund founded in 1772. He is also a member of Euro-NGI (Euro - Next Generation Internet), which is one of the Network of Excellences in Europe. He was the program chairman/co-chairman for IFIP, TC6, WG6.3 flagship conference on Performance of Information and Communications, in 1998; for IFIP, TC6, WGs 6.2, 6.3, 6.4 Networking 2000, for the ITC-SS on Control in Communications Systems, in 1996, for the Sweden-Japan workshop on Future Wireless Technologies, in 2004. He has served in numerous technical program committees for international conferences.

For more than 10 years Prof. Körner served as a member of the Board of Directors of the Post and Telecommunications Agency in Sweden, which is the regulating body there. He has also for years been in the board of directors for several communication technology companies. 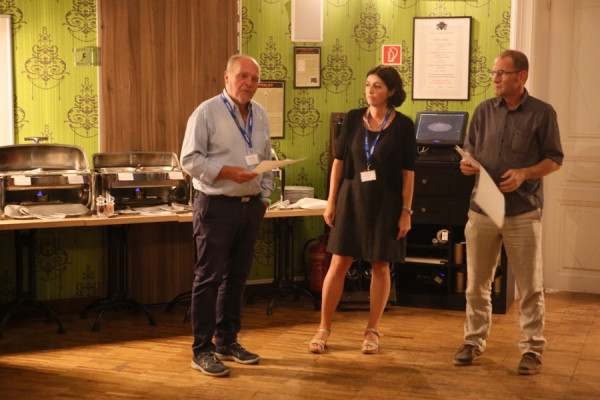