The International Advisory Council (IAC) of the International Teletraffic Congress (ITC) was pleased to announce that the recipient of the 2015 Arne Jensen Lifetime Achievement Award is Dr. Prosper Chemouil for his huge contribution to teletraffic research and exceptional dedication to the ITC organization and community. 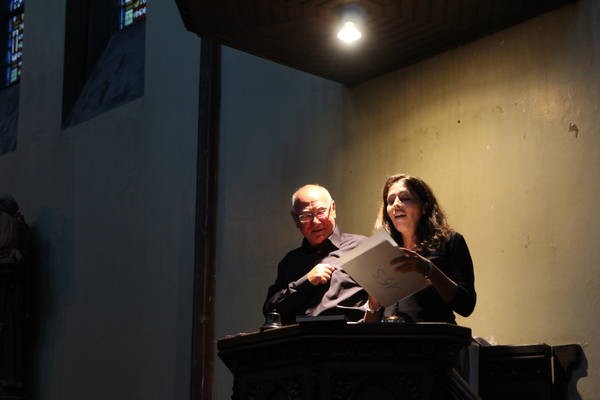 Dr. Prosper Chemouil receiving the Arne Jensen Lifetime Achievement Award at the occasion of the ITC27 Conference Dinner out of the hands of Michela Meo, TPC co-Chair for ITC27 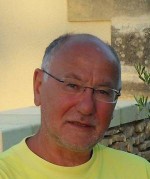 Prosper Chemouil currently an Expert Program Leader on Future Networks at Orange Labs Networks , the corporate unit of Orange encompassing Research & Development.
His main interests are with the design and management of Future Networks and Technologies and their impact on network architecture, traffic engineering and control, and performance and quality of service (QoS). Recently, he has been specifically involved in new networking paradigms like information-centric, programmable and autonomic networking.
Prosper graduated from École Nationale Supérieure de Mécanique de Nantes (now Ecole Centrale de Nantes ) in 1975 and obtained a PhD in control theory in 1978. He joined the Teletraffic and Network Planning Section of the then Centre National d’Études des Télécommunications (CNET, now Orange Labs ) late 1980. In 1993, he became the Head of the “ Network Management and Traffic Engineering “ Department until the end of 1998. Next, He was a Research Program Director in the area of Traffic Modelling, Network Control and Protocol Evaluation. During this period, he has been involved in various theoretical research activities regarding traffic modelling and control. Outcomes have been implemented in several projects dealing with the design and operations of telecommunications networks and services, with a specific emphasis on dynamic routing and network management. He was next a Research Program Director on Post-IP networks until 2012, and he has been finally appointed Expert Program Leader on Future Networks for the whole Orange Group in 2010.
Prosper wrote more than 50 scientific and technical papers published in international journalsor presented in major conferences like ITC (from ITC 11 in 1985). He was lecturing too in engineering schools and for continuing education in telecommunications.
He has also initiated and coordinated several national and international projects related with routing and network management issues through multi-lateral cooperation.
Prosper has been heavily involved in the organization of several conferences and workshops. After he has coordinated of ITC 14 in Antibes – Juan-les-Pins in 1994, he was the General Co-Chair of ITC 21 in Paris, France in 2009. Prosper joined the International Advisory Council ( IAC ) of the International Teletraffic Congress ( ITC ) in 1997 and he became the chairman of the IAC in 2007 until 2015. He is also a member of the Steering Committee of the Symposium on Design of Reliable Communications Networks ( DRCN ) and of the Conference on Network and Service Managemen t ( CNSM ).
Prosper is a Fellow from SEE (2000) and IEEE (2003). He has been nominated for the Senior Engineer of the Year in France in 1995. He is the recipient of the Blondel Medal (1996) and Ampère Medal (2003) in France. In 2014, he has been the recipient of the Salah Aidarous Memorial Award by IEEE for his dedicated activity on Network Operations and Management.