The International Advisory Council (IAC) of the International Teletraffic Congress (ITC) is pleased to announce that the recipient of the 2014 Arne Jensen Lifetime Award is Professor Onno J. Boxma for his contribution to queueing theory and its application to network performance.

During ITC 26 in Karlskrona, Sweden, Professor Onno Boxma has delivered the following talk: “Teletraffic: an infinite source of queueing problems” 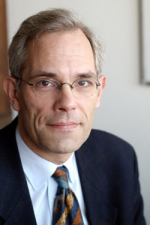 Onno J. Boxma holds the chair of Stochastic Operations Research in the Department of Mathematics and Computer Science in Eindhoven University of Technology. His main research interests are in queueing theory and its applications to the performance analysis of computer, communication, production and traffic systems.
Onno has published or edited five books in these areas, and over 180 refereed papers.
During 2004-2009 he was editor-in-Chief of Queueing Systems, and since 2011 he is one of the Coordinating Editors of the Applied Probability journals. In the period 2005-2011 he was scientific director of Eurandom.
Onno Boxma has been a Member of the International Advisory Council (IAC) of the International Teletraffic Congress (ITC) during several years.
Onno Boxma is an Honorary Professor in Heriot-Watt University, Edinburgh (since 2008), has received an Honorary doctorate from the University of Haifa (June 2009), and he was the recipient of the 2011 ACM SIGMETRICS Achievement Award.