The goal of the ITC Rising Scholar Award is to recognize young researchers with significant contributions to the ITC Community in the field of performance, traffic modeling and control in communication networks and networking science.

It is our pleasure to award the 2018 ITC Rising Scholar Award to Dr. Arpan Mukhopadhyay, post-doctoral researcher in the Computer Communations and Applications Laboratory-2 of Ecole Polytechnique Fédérale de Lausanne (EPFL), Switzerland, for fundamental mathematical results on mean-field approximations. His extremely strong and solid theoretic contributions extend a versatile performance analysis method for a very broad range of applications that are following the original spirit of ITC.

Award given for : Exceptional contributions to mean field analysis of large heterogeneous networks

The emergence of large networked systems such as cloud data centers, distributed caching systems, energy networks, social networks, etc. has driven the need to develop techniques to characterize their performance. One of the most promising techniques in this context is the mean field technique which deals with limits of Markov processes as the number of interacting entities (e.g., nodes or servers) in a system becomes large. The power of this technique lies in the fact that it can accurately predict the behavior of a large but finite system by studying the fluid or hydrodynamic limit of the underlying Markov process which is often a deterministic process and is much easier to analyze.

While most practical systems are composed of heterogeneous interacting entities, the scope of the mean field technique had been limited to homogeneous systems where the interacting entities are statistically indistinguishable. In his Ph.D. work, Arpan Mukhopadhyay extended the scope of the mean field technique to scenarios where the interacting entities are no longer indistinguishable but can be grouped into different clusters of identical entities where interactions take place not only within the same cluster but also among different clusters. He has shown that under mild conditions the same technique can be used to analyze heterogeneous systems. He has further demonstrated the applicability of this technique to a vast range of applications, e.g., cloud data centers, content distribution networks, social networks, wireless local area networks, etc. His works provide very useful practical insights into designing scalable, heterogeneous network infrastructures. Recently, he has also been working in the field of smart electrical grids where his interest is to develop fast control and pricing mechanisms for future electricity grids. 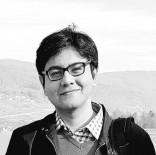 Dr. Arpan Mukhopadhyay is a researcher working in the broad area of mathematical modeling, performance analysis, optimization, and control of complex networks. His research spans several application areas, e.g., wireless networks, content distribution networks, cloud networks, social networks, etc. His theoretical works on mean field approximations extend the applicability of this performance analysis method to heterogeneous networks and have received Best Paper Awards at IFIP Performance 2015 and ITC 2015. More recently, he has also been working on mathematical problems in smart electrical grids. He obtained the Ph.D. in Electrical and Computer Engineering from the University of Waterloo, Canada, in 2016, the M.E. in Telecommunication Engineering from the Indian Institute of Science, Bangalore, India in 2011 and the B.E. in Electronics and Telecommunication Engineering from Jadavpur University, Kolkata, India in 2009. From March 2016 to February 2017, he was a postdoctoral researcher in the DYOGENE project team of INRIA, Paris, France. He is currently a postdoctoral fellow in the Computer Communications and Applications Laboratory-2 (LCA-2) of École Polytechnique Fédérale de Lausanne (EPFL), Switzerland, where he has been working since March 2017.